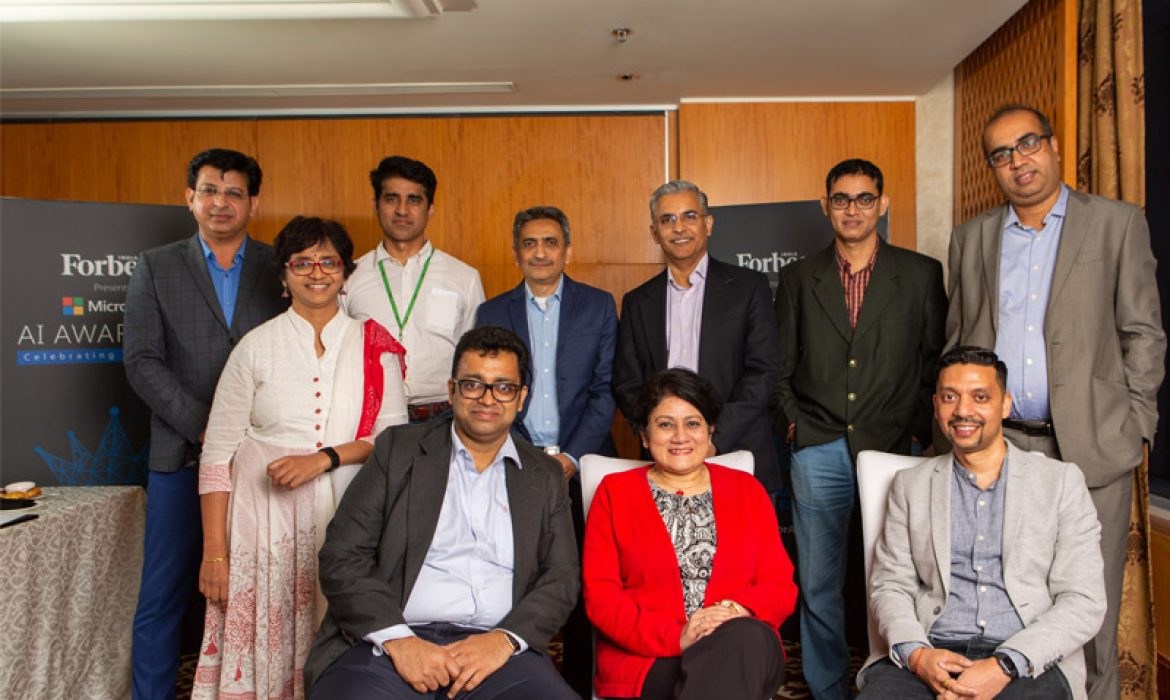 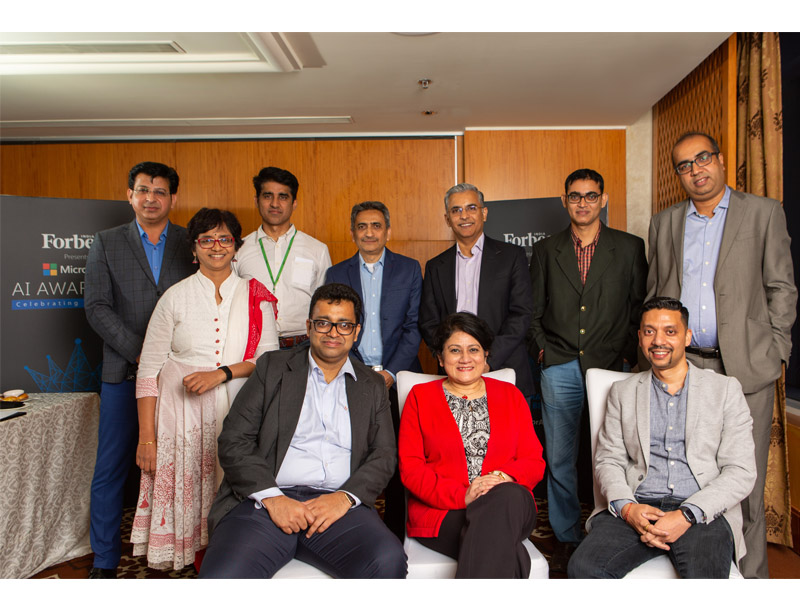 A group of CXOs from several enterprises in Bengaluru came together recently at a round table organised by Forbes India in partnership with Microsoft. They discussed the state of AI and its impact on innovation in their businesses. Below are the edited excerpts:

“Whether we like it or not, AI is absolutely all-pervasive. It’s been there for about 50 years as a technology, but the adoption rate has gone up significantly in just the last four to five years due to multiple reasons – capability, visioning algorithms, better underlying infrastructure to make it run and just the sheer drive of the industry to drive more and more ROI.” said Rohit Adlakha, chief digital and information officer and global head, Wipro HOLMES at Wipro. “Human capability is getting pushed to the limits. How do we augment that with a certain technology that can work hand in hand, while not truly replacing them, but more in terms of enhancement? Looking at the size and scale of a seven billion population across the globe, it is clear that mere technology adoption will not get us there. Something as drastic as an Uber to the power of Uber is what we need actually to make this happen.”

“In terms of AI, adoption is really happening now — it’s no longer just theoretical. Some factors that are helping this are first, the ecosystem. Second, the computing power, the actual physical infrastructure for all this that we have today.” said Satyakam Mohanty, founder of Lymbyc, an AI startup, which has been acquired by Larsen & Toubro Infotech. “One of the challenges is that people are looking at technologies instead of problems. This is creating a lot of silos. If instead, one looked at the problem that needs to be solved and then asked how AI can be applied, then you have a better way to solve this. To get to the world hunger solving stage, you have to industrialise AI, which doesn’t exist today.

Right now, all of the conversation we’re having is the mechanics of how do you make these things operational, but for adoption beyond or even within organizations for larger issues, we have to look at the risk factor.” Satyakam explains further. “Because, as with any technology or business process, there is always a risk factor, right? And the larger the organization, the greater the risk, therefore, slower the adoption that’s the standard paradigm, so how do you de-risk it?”

“At Tech Mahindra we always ask – How can I bring AI into it? The use cases that we did initially were more towards leading process automation or IT operations automation and so on.  Now, we have also invested in an open-source AI project called Acumos with AT&T, one of our largest customers,” said George Mundassery, senior VP and global head, Automation and AI at Tech Mahindra. Acumos AI is a platform and open source framework that makes it easy to build, share, and deploy AI apps. Acumos standardises the infrastructure stack and components required to run an out-of-the-box general AI environment. This frees data scientists and model trainers to focus on their core competencies and accelerates innovation. “When it comes to applying the AI and making it more and more vibrant and applying it on the ground, I’m sure that that’s when the real benefits will start to be felt,” said George.

“Companies today have no option but to adopt digital. So at every point, they have to redesign their operations, be it their supply chain or the way they connect with various networks or with customer support. So that’s where those possibilities are enormous with AI,” said Prithvijit Roy, CEO and co-founder of BRIDGEi2i, a data analytics startup. “How can we embed AI in terms of creating our customer support without talking to customers, or how do you give the client or the customer what they need without having them articulate it? So there it’s not necessarily just customer experience. How do you train machines to learn on their own and create an application?” Roy said.

“A customer of mine made this statement: ‘Can we go AI with AI?’ What he meant was can we go ‘All In with AI’!” said Sayandeb Banerjee, CEO, and co-founder of a startup The Math Company. “And then we started talking about what is really stopping us from going AI with AI. The point that came out is the democratisation of the thinking is not happening as fast or the democratisation of the ideas is not happening as fast, which in my mind is what is creating a roadblock. Most of the time, my experience is that the roadblock is really the imagination and the visions of what can be done,” Banerjee said. “If you invariably have a good vision, good leader, things are moving, when you don’t have, everybody has access to the same technology, as we have access to the same platform. Why does it finally boils down to vision from a few?”

“When AI becomes more industrial and gets embedded in many places, the question of our biases becomes more important because you’re no longer thinking about them,” said Rohini Srivathsa, National Technology Officer at Microsoft India. “Take the case of an AI driven translator that interprets a doctor as he, and a nurse as she. We are coming to assume that that’s okay. We are not questioning it because it is so much a part of our thinking that the previous data has brought the pronoun to be changed to.”

Rohini continues, “So I think it creates a bigger question as AI becomes pervasive, industrialised and democratised. Are we putting in the right checks and balances? And when I talk to organisations about checks and balances, I think in some ways it is making us think about our own values first.”

“Eventually, what we are saying is that an algorithm is more about reimagining the decision making in your enterprise,” said Sameer Dhanrajani, CEO and co-founder of AIQRATE, an AI consultancy. “Now, if historically, all the decisions in the boards by the CXOs have been taken in the usual manner, in the conventional organisational structure, that may not be relevant anymore. But when you have an algorithm that works for you – embedded let’s say in the value chain of your business and doing a trade for you – it is, therefore, top of the mindshare for boardrooms, senior leaders, CXOs. Eventually, everyone is saying – look we want AI to revolutionise or reimagine our decision making.”

Sameer clarifies further, “if AI is about mimicking the human brain, organisations must have strategies, which are not defined piecemeal, isolated ad-hoc projects, or the Geek Squad. That’s a fundamental challenge.”

“Where AI is going, I think the new systems will be objective basically because you say I just want to increase my visitors to my store by 5 percent and that’s what it should do — help you make the right changes,” said Atul Batra, CTO at Manthan Software Service. “That’s the sophistication one is looking for. So basically, the systems are getting much more contextual for a specific business role like a merchandiser and store operation and so on. And one is seeing a lot of those systems deployed globally by a lot of vendors. I think that’s where it’s going – where there’s continuous feedback because you’re talking to the system and you’re getting feedback, and you’re helping evolve it.”

“We work to impact livelihoods across 14 disabilities. Purpose driven approach will make people do the right AI,” said Shanti Raghavan, founder of Enable India. “With AI, I’m expecting to be able to nudge people in their journey. Can I make them better at crowdsourcing solutions? We’ve done a lot of product management on this, like, how do you get more people to be like your TripAdvisor contributors, right? So we started introducing star users. The next time somebody comes on the program and says, you know what, I’m a star user, you can see that it’s making a difference. So, we have tons of data on how people are behaving on it, how often they log in, what do they actually listen to? We have all of that. We need AI to make sense of it. Now imagine all this data for the entire country; I cannot do this without having AI.”

“The human brain is not tuned towards trust very easily. So when you look at something physical, it’s very easy to understand. But now you come back and say that beyond the computer’s physical screen there is something, which sits on the cloud, which is a bot, which runs intelligence. I’m telling you, close to 100% will disagree.” Says Rohit Adlakha, chief digital and information officer and global head, Wipro HOLMES at Wipro. “The good part is we feel that AI is going to push the limits of the human brain to do much more than what you were able to do.”

“The challenge is that if a human is ultimately going to train a data set, which is going to train data set, you will always have your biases. So given the practical situation in mind, how do you make sure that you have a larger set of people, which will nullify each other’s biases?” says Rohit. “How do you balance it? How do you augment? How do you know humans and bots coexist? How do you make sure that both coexist and build the cast factor? I think we as an industry should push to move it from an enterprise scale to a global scale.”

“There is one more point out there, which is very, very topical today – that AI itself is not enough,” said Ritwik Batabyal, chief of technology and engineering head, Next-gen Business Products at Wipro. “Now we’re talking about these large, complex unresolved documents in office use cases. I mean somewhere algorithms the best of let’s say these kinds of models cannot solve. And in some way, I think there is a facet that is being understood by enterprises, which is can you bring in behavioral science?  How do you design for a subconscious mind? You can have an algorithm, but if it’s not adopted, if it’s not implemented? What’s the use there?”

“I was certainly saying when you look at the most applied systems today, it’s getting better and better in terms of cognitive, but all said and done it is coming from some pattern,” said George Mundassery, senior VP and global head, Automation and AI at Tech Mahindra. “Today, I don’t think, it’s able to tell you that decision you made is the right one,” he said.

“There is no going back in this game; once the genie is out of the bottle we can’t put it back. So it’s like any other revolution, I think it’s going to happen,” says Prithvijit Roy. “The truth is that AI is going to take care of certain kinds of jobs that are repetitive. And that’s going to have an impact because mundane work is people’s livelihood in many parts.”

“So it’s not about replacing the human with other parts; it is making humans do certain things, which they were not able to do, which is the bigger part of the story, but this is going to be an impact in the short-term, which we all know how we will face it. So, it will work with enough time to balance out and will hopefully have better augmentation with it.” 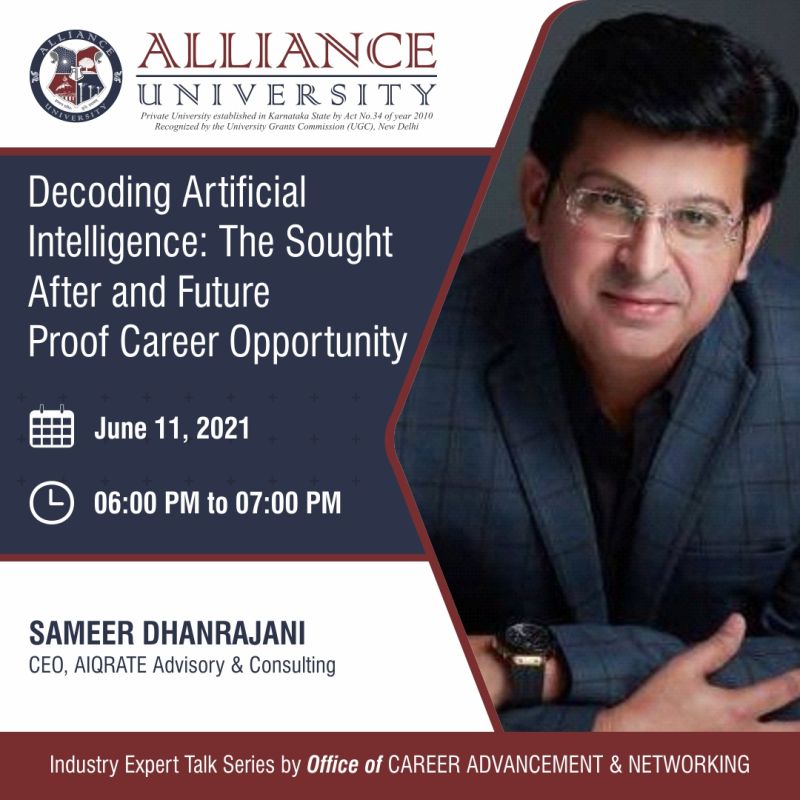 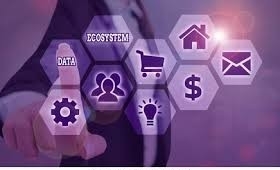 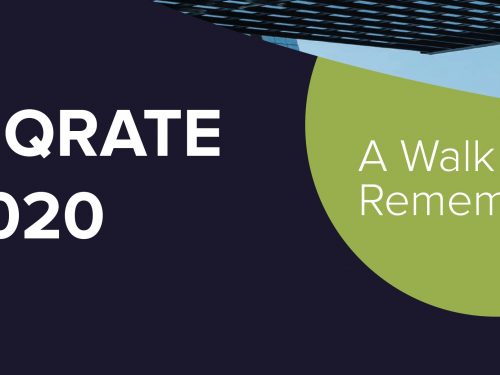 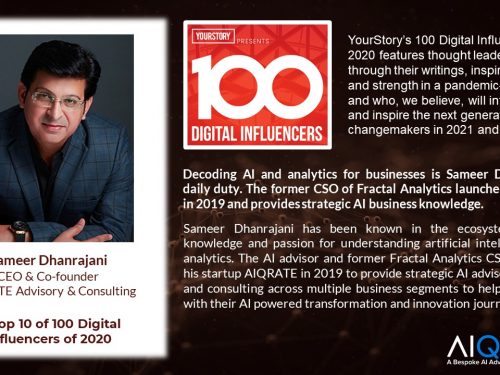 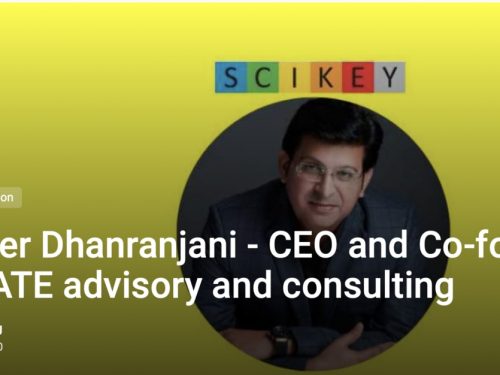 AI led Algorithms can decide on how we need to emote, behave, react, transact or interact with an individual – Sameer with SCIKEY